In last 35 years of my life as a wildlife lover, and working closely with Wildlife Officials, NGOs I have always believed that we have to protect the nature in such a way that it is not altered and affected due to either human presence or human interference. On 31st May, due to one incidence, my belief on this has just grown stronger and stronger.
Visiting Tiger Safari’s has been routine for me with more than 1000 tiger safari visits across almost all tiger reserves of our country and with sightings of more than 250 different tigers across all age groups has always increased commitment and determination to conserve forests .
But as I said earlier, 31st May was destined to be different. This evening Tiger Safari was not going to be as the other 1000 odd safaris and tiger sightings I had witnessed. This evening began with routine herbivorous sightings and finally towards the end of our safari, we reached a waterhole where in a tigress along with her 4 cubs frequently visit for beating the heat. We reached the spot as per plan and the tigress cub was waiting inside the pond as if to welcome us. We waited patiently with some looks exchanged between the young female and we together. Till this time it was all as per script of my pool of experience. But as we saw a Wild Boar coming near the pond I realized that I am going to witness the fieriest of battle for survival between the two species. This wild boar was well built mature and the tigress was barely 18 months old and would have learnt a few hunting lessons from her mother. This development was going to change her life too, and she too was unaware of what lies next to her.
As she realized about boar, she prepared for the attack as per textbook stance and with appropriate timing she lodged a frontal attack on wild boar which was weighing more than her anytime. But this was her first independent kill, and this was test of times for her survival and then there was this struggle between the two for half hour wherein the boar tried to save himself by his raw power and tigress not leaving him any chance to let him counterattack on her. Ultimately, this young tigress had proved that she is going to be the next queen of Tadoba for she proved her mettle by over powering this big wild boar and that too alone. During all this drama, I along with my 2 friends was spellbound, speechless, and glued to our positions inside the Gypsy without making any simple noise. We were witnessing Mother Nature’s biggest lesson of Survival of the fittest. Mother Nature was working at its best where a new generation of carnivorous breed was ready to take over from the current leaders and to shape their next generations over the time.
All what I did was to take some snaps of this entire drama and felt blessed to watch all this for the first time in my life . When I showed these snaps to some people, their initial reaction was “wow” but then they thought it to be cruelty to the prey. These reactions and this young tigress cub had made me think once again. It taught me not to interfere in nature’s balance as Nature is capable of balancing the acts on its own. We have to understand that jungle is home of wild animals. The flora and fauna has the first right of habitation there and we should visit them only as guests. We are no one to disturb this ecological balance by enforcing anything there.
Today, this young tigress cub is able to hunt on her own and she is the one who shows the way that they don’t need human interference to live their life. They are capable of living there own, albeit you leave them to their privacy. After this incident, I could once again re-affirm my belief that we have to protect this Mother Nature by lesser human interference. Yes, if we follow forest rules, it may take time and number of safaris to actually see a Tiger. Further, a lot more safaris to see the real action and may have to wait for years together to see such live action but, when you will witness it, like the one I witnessed, am sure everyone will agree that natural wildlife can also be seen without disturbing their natural habitats and instincts. One should go to forest as a nature lover and preserver and enjoy the beauty of nature which we have systematically lost in our quest for economic growth. I would like to conclude with , that everyone should visit the forest but only as guests. Do not disturb the wildlife by overdoing anything or bypassing the forest laws. 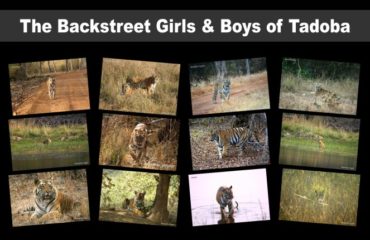 The Backstreet Girls & Boys of Tadoba

With good rains round the corners of our orange city…. Entire city… 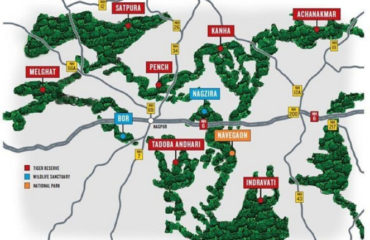 Nagpur –The Tiger Capital Of the remaining tiger population in the world,… 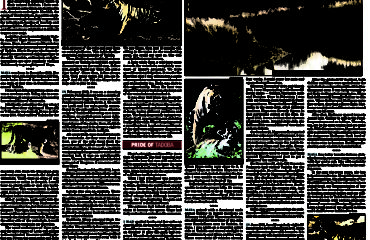 Maya, The Enchantress. I have been visiting various parks and sanctuaries since…

Previous Next
Close
Test Caption
Test Description goes like this